Behind the scenes of a car accident compensation claim in Adelaide 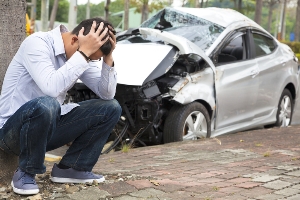 If you or someone you know has been injured in a car accident, here is a brief explanation of some of the organisations and legal terms you are likely to encounter when making a compensation claim in Adelaide.

If you or someone you know has been injured in a car accident, here is a brief explanation of some of the organisations and legal terms you are likely to encounter when making a compensation claim in Adelaide.

The word “damages” is what lawyers say when they mean compensation.  It generally takes the form of money paid to an injured person by or on behalf of the person who caused the injury.

The injured person is called the “plaintiff” or “claimant”.

The person who caused the accident is called the “defendant”.

In many cases, the defendant will be represented by an insurer, who defends and pays the claim on behalf of the defendant.

In South Australia, we have a system of Compulsory Third Party insurance. This is frequently abbreviated to the acronym “CTP”.  This system means that the owner of every motor vehicle that is registered in SA to be driven on public roads must pay insurance premiums to insure the owner and the driver against the risk of being sued by someone who is injured by that vehicle.

Third-party insurance is purchased by the insured (first party) from an insurance company (second party) for protection against another party’s claims (third party). This means that YOU are the third party in your own CTP claim.  The defendant is typically the driver of the vehicle which caused your injuries.  The driver does not have to be the owner of the vehicle.

The CTP insurer in South Australia is the Motor Accident Commission (known as MAC). MAC is part of the State Government.

MAC instructs an insurance company to act as its claims-manager.  This used to be SGIC, but is currently Allianz Insurance Australia. 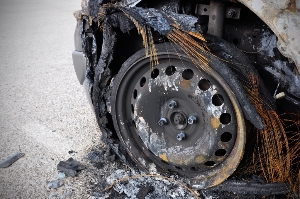 If you are injured in a car accident in Adelaide, and wish to make a compensation claim, it is not possible to bypass or avoid the CTP legislation in SA, which limits and restricts a lot of things in your claim.

“Non-economic loss” is the name given to the category of compensation for your pain, suffering, scarring, disfigurement and reduced enjoyment of life.  This category used to be called “Pain & Suffering”.

“Liability” is the legal term for “who pays”. If someone is at fault, then they are liable. The part of your car accident compensation claim that relates to Liability, is concerned with how the accident occurred and whose fault it was.

“Quantum” is the legal (Latin) term for “amount”.  Just as Liability is who was at fault, then Quantum is how much your claim is worth in dollars.

“Negligence” is the legal term for somebody’s failure to exercise the relevant degree of care that the law requires for the protection of other persons that may be injured by the want of such care.

“Dependency” relates to the situation where one person is financially supported, maintained and sustained by another person, such as a child supported by his or her parents. In a car accident compensation claim in Adelaide, a claim for loss of dependency could be made by those people whom the injured person is under a legal duty to support, such as a spouse and minor children.

“Solatium” is a legal (Latin) term for damages awarded to a plaintiff as compensation for personal suffering or grief arising from the death of parent, spouse or child.

“Consortium” is a legal term for the category of compensation payable to the spouse of someone injured in a car accident for the loss of their love, sexual relations, and services.

“Gratuitous Services” is a category of compensation. If by reason of their injuries in the car accident, the injured plaintiff is unable to do things (generally of a domestic nature) which they would normally do for themselves, then if those duties are performed by a parent, spouse or child of the plaintiff, an amount of monetary compensation may be claimed for this.

Genders & Partners is a Gold Alliance member firm of the Law Society of South Australia.

Managing director Rod Genders LLB, GDLP, TEP holds the state record for the highest-ever personal injury damages award in South Australia. Rod has been practising specialised law in the field of personal injury for over 28 years, and has been involved in several of Australia’s largest personal injury claims.

Ask about our No-Win-No-Fee payment option.

Treatment Expenses In Car Accident Compensation Claims In Adelaide
May 14, 2014

How to Choose a Compensation Lawyer
May 7, 2014

Claiming Compensation for Loss of Earning Capacity After A Vehicle Accident in South Australia
February 11, 2014