History of Genders and Partners

The firm began in 1848 as Smart & Wilson. This was when South Australia was still a colony, (it did not become proclaimed as a State until 1901), and is the only state in Australia that did not begin as a convict colony.

In May 1837, the South Australian Governor had appointed a solicitor named Samuel Smart as the first Sheriff of South Australia. In early 1838 Smart returned to private practice, and in May of that year, Smart was shot and wounded by a convict named Magee. Following arrest and trial, Magee became the first hanging in the colony.

On the 31st October 1839, Thomas Wilson (1787-1863), was admitted as a solicitor of the recently-formed Supreme Court of South Australia . By that date, there were only five solicitors in the whole of South Australia . After practising on his own for a few years, he went into partnership with Samuel Smart, and formed the firm of Smart & Wilson in 1848.

Very near their law chambers in Stephens Place, Adelaide were the offices of Light, Finniss & Co., founded by Colonel William Light. Colonel Light, as the first Surveyor-General, had selected the site of Adelaide, but by this time had left the Government Service. Smart & Wilson acted as the solicitors for Colonel Light’s firm.

In July 1917 Eustace Genders (1893 – 1946) was admitted to the bar and joined the firm, which was then known as Wilson & Genders (Samuel Smart having died some years earlier).

In 1994 the firm changed to its current name of Genders & Partners. 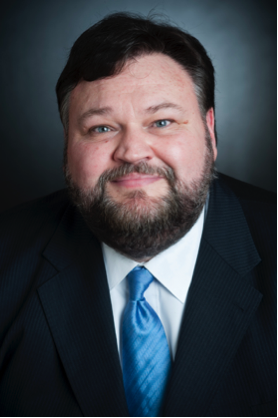 Rod Genders is a senior Australian lawyer specialising in Wills and Estate Planning, Probate and Estate Administration, Trusts and Guardianship and Inheritance Claims and Contested Estates in South Australia.

His boutique specialist law firm, which was founded on 1848, is one of the oldest and most respected in Australia.

Rod is the winner of the prestigious 2015/16 Australian Law Award for Sole Practitioner of the Year for the whole of Australia, and is one of only 5 finalists worldwide for the international Society of Trust and Estate Practitioners (STEP) Vulnerable Client Adviser of the Year 2015/16. Rod is an international author and speaker. Rod is the 3rd generation of Genders in the law and has been practising specialised law since the mid 80’s. He has acted as counsel or consultant to in excess of 50 other firms around Australia.

Rod holds the SA state record for the highest ever personal injury award of damages, and has been involved in several of the largest personal injury claims in Australian legal history.

For over 10 years he served on the Council of the Law Society of South Australia and is a senior member of its Succession Law Committee. Rod is a member of the London-based Society of Trusts and Estate Practitioners (STEP). Rod was a founding committee member of STEP South Australia for 8 years and was the founding Chair of the international STEP Digital Assets Special Interest Group.

For over 25 years Rod has chaired a private committee enquiring into the affairs of protected persons. He is a member of the Law Council of Australia, a member of the Notaries Society of South Australia and an associate member of the American Bar Association.