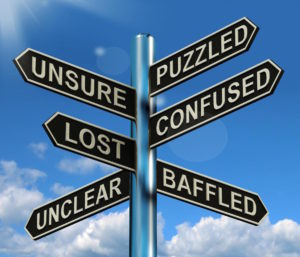 Here’s a quick roundup of some interesting news items from the world of Wills and estates.

Hoist on his own petard? Father who denied paternity is excluded from dead child’s estate

A UK Court has decided that the substantial estate of a mentally disabled child who died without a Will should be distributed to his mother and his foster family.

The court excluded the child’s biological father from inheriting a share because he had denied paternity and played no part in the child’s life.

The estate is worth about AUD$1.4m, representing substantial medical negligence damages paid to the child because complications at his birth were mishandled.

Can you keep a secret? Death of cryptocurrency exchange founder hides millions

The recent sudden death of 30-year-old Gerald Cotton has highlighted the need for digital estate planning. Cotton was the CEO and co-founder of QuadrigaCX which is Canada’s biggest cryptocurrency exchange.

Apparently Cotton took with him to the grave the only passwords capable of accessing millions of Canadian dollars in digital currency.

You thought our Court fees were high?

A parliamentary legislation committee in the UK has just voted in favour of the ‘probate stealth tax’, which will raise probate fees for higher-value estates in England and Wales to as much as AUD$14,000.00, starting in April 2019. This replaces the existing fixed-fee system.

The rate of global population growth peaked at 2 per cent annually in the 1960s, and has fallen consistently since then. Population growth has largely been in Africa, Asia and South America, driven by the introduction of basic health measures and western medicines.

However birth rates in many western countries such as Australia, New Zealand, Canada, USA, UK and Europe are currently below replacement levels.

This may be a consequence of the rising affluence in previously poor countries, where middle-class aspirations now discourage larger families due to the desire for greater disposable wealth.

A Spanish Court ruled that the body of artist Salvador Dali be exhumed from his crypt beneath the stage in the Dalí Theatre and Museum in Spain to settle a paternity case.

The woman in question claims Dalí, who died in 1989, had an extramarital affair with her mother in the mid-50s, and the court explained his body may be exhumed since there are no DNA samples with which to compare.

She’s been trying to prove the famous painter was her father for the past 10 years. The results of the exhumation revealed that Dalí was… not the father!

However, The Dalí Foundation, which had fought to prevent his body from being disturbed, did make a discovery that added to the eccentric artist’s reputation: After nearly 30 years of burial, Dalí’s iconic moustache had remained perfectly intact.

All adults need to create a new Will, Power-of-Attorney and Advance-Care-Directive. Genders and Partners is the oldest law firm in South Australia (est 1848), and we offer a cost effective and convenient estate planning service.

Our specialist expert consultants can come to you and our rates are very competitive. To learn more about our services please call (08) 8212 7233 or email mail@genders.com.au