Any old Will won’t do 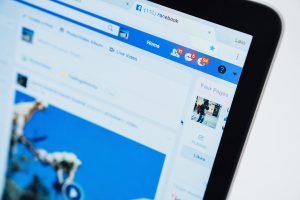 Forget about religion or politics. If you want to start an argument on Facebook, try talking about the possibility of someone’s Will potentially being contested.

Boy, does that get people riled-up!

I’m always trying to educate people about Wills and estates, and the topic that most divides opinion relates to what is called ‘testamentary freedom’.

It seems that people typically fall into two different tribes: let’s call them ‘self-rulers’ and ‘elder-police’.

The self-rulers believe that a Will should be like the tablets of Moses – in concrete and sacrosanct. Nobody is allowed to interfere with what is written in the Will, and anyone who says otherwise is likely to receive a spray of anger and disgust.

People in the self-rulers group have seen or heard of horror stories where undeserving people have challenged a Will and diminished the entitlements of the beneficiaries named and intended by the testator.

Think: estranged adult child who never visited or supported their old mum in any way, only turning up to claim a share of mum’s estate after she died.

The elder-police believe that it is far too easy for predators and gold-diggers to prey upon vulnerable people to get them to change their Will in their favour. This group has seen “fair-weather’ friends swoop-in and ingratiate themselves in the affections of an older person – typically someone whose health and capacity might be waning. As the population ages, the problem of elder-abuse is growing worse daily in Australia.

People in the elder-police group have seen or heard of horror stories where undeserving people get benefits under a Will and diminished the entitlements of the people who helped & supported the testator.

Think: mum with dementia changing her Will shortly before she dies, in favour of her part-time paid carer, rather than her 2 daughters who had looked after her for 20 years, but ultimately had to move her into a nursing home because she was a danger to herself.

Each group believes that some bad-actors are gaming the system for their personal advantage.

One of the common complaints I hear on Facebook is: ‘if my Will can be challenged, what is the point of having one in the first place?’

If you’re really going to argue that making a Will is useless, let me ask you a question: When you leave your home in the morning, do you lock your door? Of course you do. Even though you know that a determined burglar can pick the lock, break down the door, or smash a window.

The point isn’t really to gain perfect protection, because that doesn’t exist. The point is to discourage the opportunistic predator, by making it as difficult as possible for them, so they will move onto an easier target and leave you alone.

(Remember the old joke where the 2 hunters are lost in the woods. One starts to put on running shoes, and the other says ‘you’ll never outrun a bear!’ The first one says ‘I don’t need to outrun the bear – I just need to outrun you!’)

So – just because a small percentage of Wills get challenged, should not discourage you from making one. In fact, it should motivate you to make a better Will that has a higher probability of successfully carrying out your wishes.

So … where on the list below do you currently fit?

Most of the Facebook complainers think that all Wills are equal: one Will is as good as another. Similarly, if I got my Will made for me by a lawyer, then it must be good, right?

I wish I could say this will be the last time I say this – (but you know me too well to believe that, don’t you?) – THIS IS A SPECIALISED AREA OF LAW.

If you’re having heart trouble, you wouldn’t go to a chiropractor would you? You’d ask for a referral to a specialist in the field.

The same needs to happen with your Will – to protect yourself, your family and your assets, you need to consult a lawyer who specialises in estate planning.

Remember – any mistakes you make in your Will won’t become apparent until after you’re dead, and it’s too late for you to fix them.

Learn how to protect yourself, your family and your assets, by creating a professionally-made Will quickly, inexpensively and from the comfort of your own home or office.

Until recently, the only way you could get a Will made for you by a lawyer was to visit the lawyer’s office, or (if you were very lucky) have the lawyer visit you.

With the benefit of modern technology, a remote Will is where you stay at home (or at your office, or any quiet private place with internet access) and the lawyer visits you ‘remotely’ via video conference call over the internet.

In this way, you can get the advice and assistance of an experienced specialist lawyer without having to leave home.