A while ago I published a report entitled Top 10 Estate Planning Predictions for Australia.

This report stated that, over the next 10 years, Australia will face significant challenges as it attempts to balance its books while enormous numbers of Baby-Boomers exit the scene.

It concluded that the State & Federal Governments (of all political persuasions) will need to make some difficult choices to address these challenges, and attempt to cling onto our desirable quality of life.

In light of the forthcoming 2019 federal election, it is timely to consider some new predictions.

Negative gearing is where investment-related expenses (especially borrowing costs on real estate) exceed revenue and the loss is claimed as a tax deduction against other income.

Life for property investors has been getting more difficult for a while now. The banks are imposing ever more stringent conditions (and higher rates) on investors who seek to borrow and the government has recently tinkered with some of the tax deductions investors can claim, preventing certain depreciation claims and claims for travel costs incurred in visiting properties.

Labor proposes to go one step further and abolish negative gearing – the practice of offsetting losses on property investments against other income – for all properties except new ones, effective for all property acquisitions made after Jan 1, 2020. Properties already held before that date would continue to be taxed under the old rules.

Labor proposes to limit negative gearing to ‘new’ housing. Investments made before this date will be grandfathered from the impact. Losses from new investments in shares and ‘existing’ properties will still be able to offset other taxable income. These losses can also continue to be carried forward to offset the final capital gain on the investment.

Labor argues that existing negative gearing concessions are too generous, and have contributed to the unsustainable price increases of real estate – especially in the Sydney and Melbourne metro areas – causing home-ownership to be an unattainable dream for most young Australians at present.

The Banking & Finance Royal Commission exposed numerous rorts and unfair practices in the banking industry. This has caused lending institutions to substantially tighten their lending criteria, leading to greater difficulty for first-home buyers to obtain finance.

At the same time, institutional and professional investors have become reluctant to purchase properties to be rented-out, until the results of the federal election are known, and the impact of Labor’s negative gearing policy is better understood.

The combination of these factors has already led to a dramatic lowering of values for first-homes and units in most states.

Negative gearing has long been used to invest (usually in real estate) in the hope the asset will increase in capital value over time.

Investors have been able to claim a tax deduction for expenses incurred in the course of earning their investment income, including interest paid on borrowings.  For property investors, it also includes depreciation and capital works deductions. If total deductions exceed the income received, the investment is referred to as being negatively geared.

Currently, investors can offset losses resulting from negatively geared investments against their other taxable income, including any salary or wage income.

However, under the ALP’s proposed policy, losses from negatively-geared investments can only be applied to other investment income. If the deductions still exceed the income, the remaining loss can be carried forward to offset future investment income, or capital gains realised from the sale of the investment.

Australians – especially older Australians – love owning ‘bricks and mortar’ assets. The dream of home-ownership has been a major driver of policies for all shades of the political spectrum since before federation.

In retirement, many Australians feel comfortable owning one (or sometimes more) investment units, to earn an income in retirement.

People like to own an asset they can see and touch.

And many people have enough in their retirement savings (superannuation) to consider buying an investment unit. However – because demand for such units at the lower end of the price-spectrum has historically been so strong, the values have become inflated – especially in VIC and NSW. This has had some major consequences.

First-home buyers have been ‘squeezed-out’ of this entry-level segment of the market, as rising prices have outstripped both wage-growth and their ability to borrow.

While people have generally always been able to buy property through self-managed super funds, what has changed in the past few years is that SMSFs can now borrow money to do so. This has meant that people are now able to use their SMSF to invest in properties they may not have previously been able to afford.

For the retirees, the purchase is an investment (ie not a home for them to personally live-in), and so the ability to be able to negatively gear the asset is attractive. In fact, it has been speculated that this has been the main cause of the massive growth of SMSFs in Australia over the last 10 years.

I predict that if the ALP win the 2019 federal election, it will implement its proposed changes to greatly reduce the availability and attractiveness of negative gearing. I also predict that the ALP will again restrict the ability of SMSFs to borrow funds.

In combination, the effect is likely to drive retirees out of the bottom-end of the real estate market, presumably lowering prices and making it easier for first-home buyers to enter this market. Time will tell if it works out this way.

Contact us to learn more about superannuation, estate-planning and estate-administration solutions, by visiting our website today and schedule a free no obligation telephone consultation to find out how we can help you and yours. 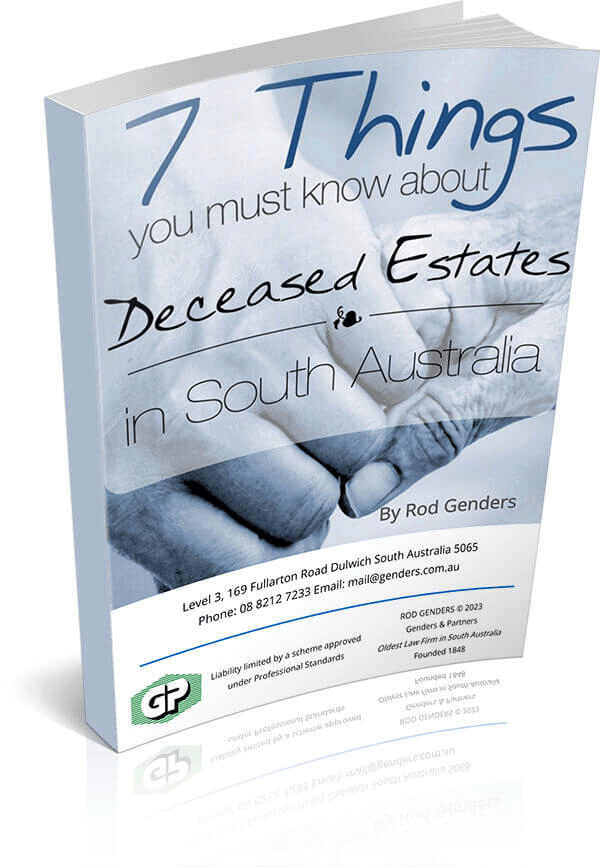 Advertising for Creditors or Claimants of Deceased Estates
May 7, 2021

Selling a parent’s home after their death
September 2, 2019

Top 10 reasons why challenges to Wills and estates are becoming more common
March 4, 2019