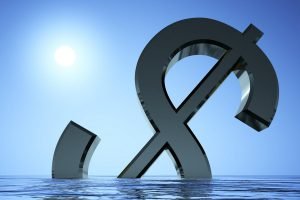 Most people in Australia badly misunderstand what happens to their superannuation after they die.

The biggest mistake people make in this area, is thinking that they can give their super to whomever they wish outside of their Will.

In fact, federal Australian legislation places substantial restrictions on who can receive your super after you’re gone.

It is so widely misunderstood that even some professional advisers like accountants, financial planners and lawyers (who don’t specialise in estate planning) get confused about superannuation death benefits.

This has led to THOUSANDS of ordinary Australians to wrongly think that because their super fund allowed them to fill-in a form to nominate someone to receive their super upon the member’s death, then this Binding Death Benefit Nomination (BDBN) must be valid.

So … if you named someone as a beneficiary, it might have been a valid nomination when you created it, but it could easily have become invalid by the time you die.

And if you named a friend or charity, it was NEVER valid – and they will miss out.

Read on to learn how to avoid the most common mistakes.

Death triggers a compulsory payment situation and therefore the deceased’s superannuation cannot remain in their super and also cannot be added to their beneficiary’s accumulation account.

Who can receive death benefits?

Federal laws allow for payment of superannuation death benefits ONLY to:

A death benefit CANNOT be paid directly to a non-dependant from super.  This means that even if you nominated your cousin, friend or charity in the correct form on your super fund’s website, your super will NOT (CANNOT by law) go directly to those nominees if they fail the test of being financially dependant upon you at the time of your death.

Under Australian federal laws, only certain categories of persons will qualify as a ‘dependant’.

A dependant under the SIS legislation includes children of ANY age – a Will is unnecessary to direct proceeds to an adult child.

They do not, however, qualify as a dependant for TAX purposes once over 18, unless they were a financial dependant or were in an interdependent relationship. This means there are potential tax ramifications for the beneficiary. An adult child who is eighteen or over and not financially dependent on the deceased prior to their death or, was not in an interdependency relationship with the deceased prior to their death is not a “death benefit dependant”.

An interdependency relationship is a close personal relationship between two people (whether related or not) who live together, where one or both provides financial and domestic support, and care of the other.

An interdependency relationship also exists if two people have a close personal relationship but do not live together due to either or both of them suffering from a physical, intellectual, or psychiatric disability.

If, like many people, you try to split your super death benefits between your spouse and your kids using BDBNs, they are likely to inherit an unholy mess from you, if the kids have become adults by the time you die.

In order for a child to qualify as a death benefit dependant under the financial dependant grounds, the level of financial support must be significant. The child would need to be financially dependent on the deceased on a regular basis to sustain their standard of living.

The Australian Tax Office position on financial dependency is based on whether if the financial support received by a person was withdrawn would the financially supported person be able to survive on a day-to-day basis.

If the financial support provided merely supplements the person’s income and represents “quality of life” payments, then it would not be considered substantial support.

What needs to be determined is whether or not the person would be able to meet the person’s daily needs and basic necessities without the additional financial support.

A lump sum death benefit will only include an untaxed element if the super fund has claimed a tax deduction for a life insurance policy taken out on the deceased member.

If no tax deduction has been claimed, then the proceeds of the insurance policy will be treated as a taxed element of the taxable component of the lump sum death benefit.

Fred thought he knew what he was doing – but he made catastrophic errors, which only became apparent after he had died and it was too late to fix them.

Learn how to protect yourself, your family and your assets, by creating a professionally-made Will quickly, inexpensively and from the comfort of your own home or office.

Until recently, the only way you could get a Will made for you by a lawyer was to visit the lawyer’s office, or (if you were very lucky) have the lawyer visit you.

With the benefit of modern technology, a remote Will is where you stay at home (or at your office, or any quiet private place with internet access) and the lawyer visits you ‘remotely’ via video conference call over the internet.

In this way, you can get the advice and assistance of an experienced specialist lawyer without having to leave home.