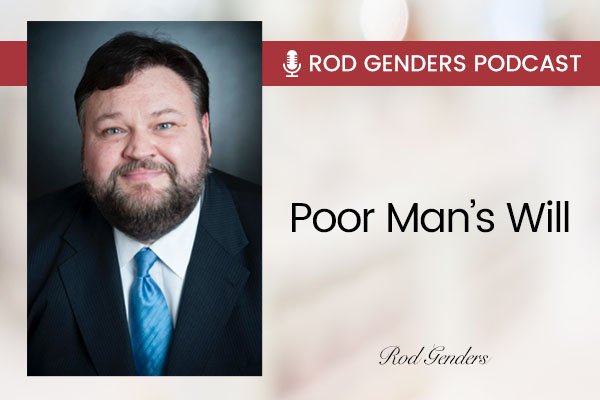 Joint accounts with other people are a common method for ageing persons seeking help with money management, but this can cause problems.

What is Joint Tenancy

Joint Tenancy is used often by couples as a means of owning shared assets. There are some good reasons to do this, but there are also some drawbacks.

Joint accounts are often referred to as a “poor man’s Will” because they allow an individual to give assets to another upon death without going through the probate process. Some people have the perception from hearing horror stories that probate will consume the entire estate.

In an attempt to avoid the court system, lawyers and taxes, many individuals set up joint accounts, believing this will simplify the process and allow the other account holder easily to obtain the money following one’s death.

This can work well for married couples in a long-standing traditional relationship and no complicating factors. For example Mum & Dad have been married to each other for 50 years and own everything jointly. 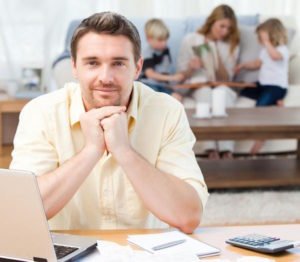 However this method might not work so well where it is a second (or subsequent) marriage or relationship. The ‘Blended Family’ situation is increasingly common in Australia, and this creates special issues which requires careful estate planning.

If Dad had remarried, and he leaves everything to his wife, then eventually the beneficiaries under his SECOND (or subsequent) wife’s estate will inherit everything – meaning that unless Dad’s biological children contest (sue) HIS estate shortly after he dies, they may well miss out entirely.

Joint tenancy is also problematic where the joint owners are not ‘relationship-partners’ ie where this strategy is attempted between parent & child.

Unfortunately, many parents have the naïve perception that the child they designate as joint account holder will treat the other siblings fairly. Complicating the process is a common belief that having a Will avoids probate.

As a result, many individuals set up a joint account, have a Will that divides everything equally, and then expect the surviving joint account holder to divide it in accordance with the Will.

Often, someone will question whether the surviving joint-account holder is the owner of those funds or whether the account was set up for convenience of distribution.

If there are no formal documents to determine the answer, the beneficiaries named in the Will no doubt will feel aggrieved and want what they believe is their fair share. Litigation is often the result.

Disputes among family members can become highly emotional and these controversies can permanently end relationships. Stress, delay and high legal costs are a consequence of the emotionally-fuelled dispute.

Joint Tenancy Vs Tenancy in Common

There are other ways to structure joint ownership. One is “tenancy in common,” which lets each party own one half, or a determined percentage or fraction of ownership.

Each person has the right to sell their share without the other party’s approval or consent and the portion of ownership can be bequeathed under a Will.

Under tenancy in common, ownership of the asset does not automatically transfer to the surviving account owner, when the first owner dies. It passes according to the deceased person’s Will.

Whilst both arrangements give each party ownership rights and a share of the property, the main difference between these two kinds of tenancy is the fact that there are different rules concerning the death of one of the tenants.

Tenancy in common, on the other hand, refers to ownership over a certain property by parties who do not automatically have a right of survivorship (for example friends or siblings). They are co-owners of the property, however their shares and interest over the property do not have to be equal and depend entirely on the agreed shares of the parties. In a tenancy in common arrangement, if one of the parties dies their interest in the property forms part of the deceased’s estate and does not automatically pass on to any co-owner of the property.

Sometimes an elderly person wants a trusted person (child) to be able to sign documents at their bank in respect of a specific account. They might not want (or be able) to create a power-of-attorney, nor do they intend to give the child ownership of the account. They just want the convenience of someone being a joint signatory (or authorised person) to access the account on behalf of the owner.

To avoid doubt about survivorship rights, the account should be set up so that it is titled in the name of the parent only, allowing the child signatory rights. In the alternative, if the bank allows one to specify what happens to the proceeds upon death of the depositor, that should be carefully reviewed and appropriately checked.

Is It An Estate Asset

Sometimes it is not clear whether a joint account is to be regarded as an estate asset or not. A common area for disputes is when a Will states a deceased’s estate is to be distributed equally among all of the children with no reference to the joint accounts. This leaves confusion as to what the testator actually intended.

Without specific evidence indicating that the account was set up with intent that proceeds be distributed contrary to joint tenancy rules, upon the death of an account holder the surviving account-owner will often be entitled to the proceeds.

In the absence of contradicting evidence, a joint account trumps a Will. People intending to set up an account in joint tenancy for purposes of convenience or to avoid probate need to be aware that the survivor could be considered the owner of the account upon the death of the first-to-die.

The Internet Age has contributed its own set of problems. Many individuals go online and obtain forms to attempt to prepare their own Will or power of attorney, or to do so for an elderly relative. Almost all of these forms are not individualised to the circumstances of the individual or the laws of their State nor explain the nuances involved in joint accounts or other matters.

Such forms are thus often “legally blind” to the reality of the laws that govern the State where that individual resides. From a practical standpoint, a lay person who sets up a joint account and/or does their own Will may save a few dollars, but they are risking big problems for themselves & their family and their estate may end up being distributed in a way that was not intended.

Anyone (especially elderly people) wanting to leave assets to a family member should take considerable care to minimise the risk of problems later on, including that the gift could be challenged or invalidated. There are steps that can be taken by an experienced lawyer specialising in estate planning to greatly assist your testamentary intentions to be made effective.

An effective solution is for proper documentation of the gift or loan to be drawn up as part of a modern integrated estate plan. When families put their arrangements into a proper legal deed or contract, it can plan for future contingencies and protect all parties. This can be very cheap insurance, to prevent litigation and family distress.