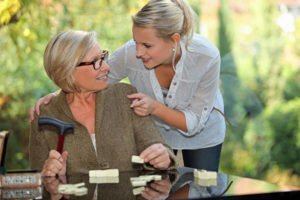 Recent ABS data has revealed that Australian women’s life expectancy is now at its highest ever recorded, and this has dramatic consequences for their retirement and estate planning.

Australian women’s life expectancy is now at its highest ever recorded, and is one of the highest in the world, according to recently released research from the Australian Bureau of Statistics.

At that time it was anticipated that most people would not live long enough to receive the pension, and those that did would not get it for long.

What does this mean?

As Australians live longer, the risk of outliving superannuation and retirement savings has increased correspondingly.

For women, this risk is particularly pronounced. A recent study from the Actuaries Institute of Australia has compared Australia with the UK and the US, and discovered that the gap in retirement preparedness between men and women was highest in Australia.

As Australia’s population continues to age, Australians are increasingly caught between caring roles for older parents and the requirement to work longer, highlighting the problem of the growing number of Australians who financially need to work past 65 years but who also need to care for relatives.

Needing to provide informal care for others is a burden that tends to fall more on females, and this obviously affects their capacity to remain in paid work.

The ABS reveals that women aged 55-64 are particularly affected by having to leave paid work to commence a caring role.

The time to prepare for these looming challenges is now.

Make sure that you have a modern integrated estate plan in place, for both you and your partner. You’ve spent your life building your assets, so make sure they are properly protected with a professionally drawn Will that protects both of you in retirement, as well as the kids.

Don’t forget other important pieces of the estate plan, such as: