In my work as a lawyer specialising in Wills and estates, I am witness to some appalling human behaviour. Here are some examples as cautionary tales:

Elder abuse is rife in Australia 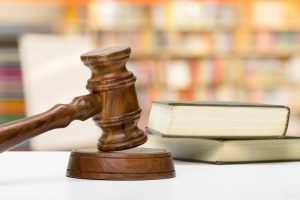 Coercive Control, Granny Napping and Predatory Marriages are all occurring with increasing frequency.

There have been 2 Royal Commissions already exploring some of these issues, with more to come. The common theme is the financial exploitation of vulnerable older people in western society.

Why is this increasing? In part, it is because more and more of us are developing health issues related to dementia as our population ages.

Here are some statistics to give context to the increasing incidence of people suffering dementia:

What is Predatory Marriage?

Predatory marriage is the practice of marrying an elderly person exclusively or mostly for the purpose of gaining access to their estate upon their death.

Predatory marriages have recently come under particular scrutiny following the English case of Joan Blass, which prompted a change of English legislation.

Joan Blass was 91 and diagnosed with severe dementia and terminal cancer. After her death in March 2016, it was discovered that a younger man, aged 68, had secretly married her five months prior to her death.

Her family believed that she never knew that she was married, a claim supported by evidence given by Blass’s own GP at trial. However, because she had validly married, the marriage automatically revoked her Will and her estate was inherited in accordance with the rules of intestacy, meaning that her new husband inherited her share of the family home, her savings and personal possessions.

Blass’s family commenced legal action to seek to prove that Blass did not have capacity to marry, but were unsuccessful in their action.

As a result of this experience, a movement has begun calling for several changes to the legal system, one of which is to train wedding registrars to look for signs of mental incapacity when marriages are being conducted.

So, what is the test for capacity to marry and how could it be considered by registrars in practice?

The threshold for capacity to marry is relatively low, as set out in recent Court decisions where the Judges have explained that whether someone had capacity to marry depended on whether the person understood the nature of the marriage contract and the duties and responsibilities that normally attach to marriage.

This issue is not one that will simply go away. The case of Joan Blass is one of many, and with an ageing population and increasing cases of dementia, it seems likely that such cases will increase.

Possible solutions include capacity assessments ahead of marriage. There have been some cases of clients that have been assessed by a psychiatrist as having capacity to marry but not capacity to make a Will. This is because there are different standards for capacity depending upon the transaction involved. For example the standard of capacity required to fill-in a Medicare form is much lower than that required to make a valid Will.

Of course, there are always those in society who resent and object-to increasing Government interference with the private lives of individuals. There are always people on social media screaming that the Will of a deceased person should NEVER be interfered-with by anyone, for any reason. Extrapolating from that, one can only wonder how those people will feel about infringing the rights of people to get married.

Financial exploitation can affect anyone, but within Australia, UK and USA older people are disproportionately affected. This issue is likely to only become more prevalent. Internationally, lawyers are starting to discuss this issue and consider how vulnerable people can be protected across borders.

In future articles, I plan to discuss ‘Granny Napping’, coercive control, abuse of power of attorney, uncooperative executors, and other examples of appalling conduct by family members of older or deceased relatives.

In the meantime, if you or someone you know is being subjected to financial abuse or coercive control by another, seek legal advice from a law firm that specialises in Elder Law, Trusts and Guardianship.

Genders and Partners is the oldest law firm in South Australia, established 1848. Contact us to learn how to protect yourself, your family and your assets by assisting you to administer a deceased estate, by visiting our website today and schedule a free no obligation telephone consultation to find out how we can help protect you and yours.

[v] Australian Institute of Health and Welfare (2012) Dementia in Australia

eBook “7 Things You Must Know Before You Make Your Will”

In this eBook you will Learn: