Is Inheritance Tax coming to Australia? 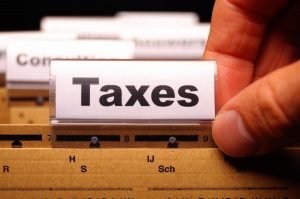 The last time Australia had a federal Labor Government, they commissioned a review of Australia’s tax system, and an inheritance tax was one of the key recommendations.

A number of senior political commentators have recently speculated in mainstream Australian newspapers, that Death Duties, Estate Taxes or Inheritance Levies might well be options likely to be seriously explored, as part of the current tax-reform debate.

Australia is one of very few western democracies in the world not to have some form of death duties, a form of taxation banished from Australia since 1981.

The Australian Green Party is one organisation pushing for a return of the tax. Australian Council of Social Service chief executive Cassandra Goldie has been quoted as saying that a bequest tax “deserves to be included among the reform options being considered as it is widely regarded by the experts as a fair and efficient tax“.

Inheritances can have an enormous impact on finances and lives, and new Grattan Institute research provides some insight into Australian inheritances. In short, they are big and growing

The average estate in South Australia is worth about $500,000. That’s roughly the same throughout most of Australia.

Real estate is the largest single component, accounting for about half of the average value.

The main beneficiaries of “final” estates (estates without a surviving spouse) are children, who receive about three-quarters of all inheritance money.

Other family members, such as nieces, nephews and grandchildren, receive about 20 per cent. Friends get about 4 per cent, and charities 2 per cent.

These days, inheritances generally don’t arrive when people are saving for a house or trying to raise a young family. More than 80 per cent of money passed down from parents goes to people aged 50 and over.

The most common age bracket in which people to receive an inheritance from parents is 55-59. This is because their parents are living longer. As life expectancy grows, it means inheritances increasingly supplement retirement savings rather than help young people get into housing.

Inheritances and gifts have been tax-free in Australia since the 1970s.

Not taxing inheritances is one thing, but actively subsidising them is another. Superannuation tax breaks were intended to encourage people to save for their retirement and to take pressure off the age pension system.

But given that many retired Australians do not draw down on their capital, the super tax concessions boost the size of bequests which go – not to them, but to their children.

Some politicians are saying that it is time to claw some of this wealth back for the public good. The debate will be fiery. What do you think?

For more information on asset protection and creating a modern integrated estate plan to guard against eventual death duties, or other estate planning topics, contact the oldest law firm in South Australia – Genders and Partners (established 1848) to explore our articles and visit our website today to schedule your free consultation!