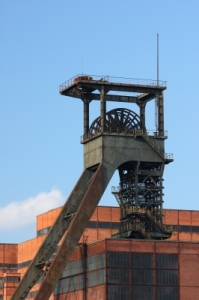 This hugely unpopular tax was the underpinning of the government’s plan to return the federal budget to surplus.  Mr Rudd’s popularity (and by association the popularity of the federal Labor party) plunged, largely because of this tax.  Now that the Labor party has dumped Mr Rudd, they have a real dilemma to overcome: if they keep the unpopular Mining Tax, their prospects of retaining government are poor. But if they dump the tax, then they will have a $12 billion black hole in their budget.  Where will they find the money then?

Australia abolished the estate tax federally in 1979, but is one of the few western nations not to currently have this type of tax.  UK, Ireland & USA all have them.

So … if the government cannot get the $12 billion it needs to fund its budget, is it unreasonable to suspect that some form of estate tax might be in our futures?  After all, the Baby Boomers are seen as having all the money.

Mr Rudd was seen (rightly or wrongly) as lacking courage & leadership by trying to “duck” some tough decisions (such as the Emissions Trading Scheme).  Only 3 of the 132 recommendations from the Henry Tax Review were adopted by Mr Rudd as PM.

But if history is any guide, pretty much all the courageous changes proposed in the Henry tax review will be implemented … eventually.

Some leading commentators have said that we’ll end up with a congestion tax on cars, much higher tax on wine, land tax on the family home, higher tax on capital gains, cutbacks in negative gearing, a tax on bequests and annual increases in petrol tax.

This is why we must all take care to maintain our estate plans. Big changes could be coming. For expert guidance on Estate Planning in Adelaide and all over South Australia, come to Genders & Partners.

Rod Genders is a senior Australian lawyer specialising in estate planning and accident compensation. His boutique specialist law firm is one of the oldest and most respected in Australia – visit it at www.genders.com.au . Rod is also a prolific author and speaker.  Some of his articles and books on Wills, Probate, Trusts, Estate Planning, Asset Protection and Retirement Planning may be found at www.genders.com.au/adelaide-lawyer-blog/.