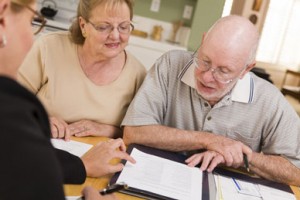 i. the financial and emotional vulnerability of the person who lacks capacity; and

ii. the requirements for formal, and legal, authorisation for the family’s actions, specifically in relation to property and financial affairs.”

Regrettably, the actions of the daughter, of which the patient would have been largely unaware, and which were in some important respects kept secret from other family members, caused a deep schism within the family, generated lengthy and avoidable litigation, and caused the parties to expend considerable sums which they can little afford in legal costs.

Three years earlier, the daughter and another family member had separately formed the view that the patient was finding it hard to care for herself. She appeared to be confused and “started to show signs of confusion with the smallest thing“. The patient was struggling with cooking and using the washing machine; although she had enjoyed the independence of driving, at this time she was involved in a minor motor accident which was indisputably her fault. She appeared to be sleeping more and was in fact displaying the early signs of dementia (mixed Alzheimer’s and vascular dementia).  By this stage the patient did not have capacity to manage her property or financial affairs.

Specifically, on the facts of this case, the Court found that at the material time:

i.         She did not have capacity to enter into a legal contract to sell her house;

ii.         She did not have capacity to appoint an Attorney to act on her behalf;

iii.         She did not have capacity to make an informed decision about whether to loan or gift the proceeds of sale of her home to the daughter, or to purchase another house in the name of the daughter, and/or use the surplus funds to renovate the property to a high standard, without preserving a beneficial interest for herself.

What followed was that the daughter arranged for the sale of the patient’s real estate, with the proceeds of sale paid to the daughter, who claimed this was pursuant to a loan agreement she had with her ailing mother.  The Court found that no such loan agreement had ever been made, as it was never documented, and indeed the patient lacked the capacity to have given informed consent to it.

The Court also found that the patient had executed a Will in the presence of the daughter’s solicitors, at a time when the patient had no testamentary capacity, and therefore that Will has subsequently been set aside.

Drawing the threads together of the disputed facts, the Court found that:

a)     At the material time (2010), the patient lacked capacity to participate in arrangements to sell and buy property, and the daughter knew this.

The Court found that the wholly unsatisfactory ordering of the patient’s finances probably evolved as an extension of a natural and genuine wish on the part of  the daughter and other family members to provide family support for their elderly mother. As the patient’s health and capacity slowly declined, the daughter made ever-increasing assumptions about her authority to manage her mother’s financial affairs, initially encroaching subtly but eventually boldly acting as if she was a full agent of her mother under a Lasting Power of Attorney (which was not in place).

The Court was prepared to accept that the daughter embarked on this project with her mother’s best interests at the forefront of her mind, but within a short time her own best interests and those of her husband, dominated the financial arrangement.

By the daughter’s actions she was obviously directly financially benefiting herself and her husband.  With trust having evaporated within the family relationship, the Court found that the daughter then became intransigent in, and uncooperative with, other family members who made reasonable demands for information and documentation.

The Court recognised that none of the parties are well-placed financially to shoulder their own responsibility for costs, let alone the costs of others; the daughter and her husband are retired people, with access only to limited funds, in each case invested in property.

The Court also bore in mind, in endeavouring to do justice between these parties on this issue, that it is the daughter who currently provides good quality daily care for her mother. She has made life-style sacrifices to do so.

Nevertheless, the manner in which the daughter had placed her mother’s funds in her name was highly questionable, or “financially abusive“.

A formal Order to appoint an independent Guardian (or “Deputy”) the patient was made, and the Court ordered the daughter to pay the majority of the substantial legal costs and expenses of all parties in this extensive (and expensive) litigation.

There are some very important points to note from this case:

Do not wait until the disaster strikes, before putting your affairs in order.

Genders and Partners was established in 1848 and is now the oldest law firm in South Australia, and one of its most respected in Adelaide, South Australia.

Contact us today on 08 8212 7233 to arrange a FREE telephone consultation and to request a FREE copy of our special Report: “7 Things You Must Know About Wills and Estate Planning”. Genders and Partners is located at Suite V1, Level 3, 169 Fullarton Road, Dulwich SA 5065.