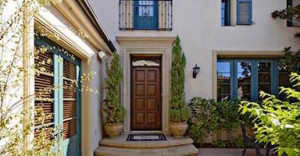 The pension, up to $29,463 a year per couple, was paid to almost 2.3 million people in 2012. Eighty per cent of Australian families over the age 65 with about $1 million in assets get it or another welfare benefit.

The age pension is not available for couples with more than $72,009 in income a year or $1.1 million to $1.5 million in assets, although the primary home isn’t included in the test.

In 2015 Treasurer Joe Hockey discussed what he described as the “unique” cost of providing for the ageing population, and he questioned the sustainability of the current system. Mr Hockey, who has a $34 billion budget deficit to close, wants to raise the pension qualification age to 70.

The Coalition UK government, which has a more serious budget problem, plans to raise its pension age to 68 by about 2035.

The last major changes to the Australian age pension were made in 1985, when a Labor government introduced a qualification test based on pensioners’ assets, instead of just their incomes. Crucially, the family home was excluded.

I predict that the Australian Government will place a threshold of about $750,000 on the family home exemption for age-pension eligibility. In other words, if your family home has a market value of more than $750,000, the Government would progressively reduce the amount of your pension entitlement. I predict that the Government will effectively force you to choose whether to access the surplus equity in your home to fund your retirement, or forego the pension.