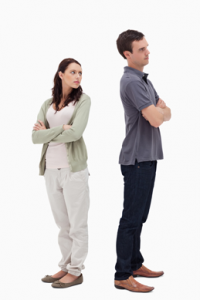 The High Court of England & Wales has nullified a pre-nuptial agreement between a wealthy heiress and her impecunious husband, because the now ex-husband needs GBP1.2 million to re-house himself.

The wife (Victoria), is the 36-year-old daughter of a wealthy businessman, and she had already been given a house by her parents when she married her husband (Francesco) in July 2005.

Even at the time, Victoria’s father thought Francesco was marrying her just for her money.

So her father insisted that they sign a pre-nuptial property agreement to protect Victoria’s money and the assets which her father planned to give her on her marriage.

The agreement stated that Victoria’s separate property and family gifts shall remain hers and Francesco shall not make any claim on them.

There was also a reciprocal clause that Victoria would make no claim against Francesco’s separate property, except that it did allow her to pursue him for maintenance if the marriage broke up. Francesco was allowed no such right.

This clause proved significant in the subsequent divorce settlement, as it showed (according to Francesco’s lawyers) that the agreement was unfair to him – even though he had had independent legal advice before signing it.

Soon after the marriage, Victoria’s father gave her a large and very valuable house.

However, because of his suspicions of Francesco, her father placed a condition on this gift that Victoria could not sell or mortgage the house without her father’s consent.

Also, this gift of the house was covered by a second marital property agreement again stating that it was to be treated as non-matrimonial property. Francesco signed this agreement too. This house is now worth GBP6.7 million.

By the end of 2012 the couple had had three children but the marriage had broken down and Francesco left the matrimonial home.

A few months later his wife presented a petition for divorce.

While she remains prosperous at her parents’ expense, Francesco has been mostly unemployed and homeless and has been spending his time sleeping on sofas and spare beds at his mother’s and friends’ houses.

He has no funds and is deeply in debt. He duly claimed a financial settlement from Victoria on the basis that his needs override the property agreements that he signed.

Victoria’s case was that the house property could not be treated as her disposable asset because of her promise to her father, and that in any case the matrimonial property agreements ought to stand.

However, the Court decided that Francesco’s needs, especially for accommodation near his children, outweighed the fact of the property agreements.

This was especially the case since the agreements were unfair, providing nothing at all for Francesco in any circumstances, no matter how long the marriage may have lasted nor how great his need upon its breakdown.

The Judge said: ‘If all the facts were the same but the genders reversed, it is, in my view, inconceivable that the agreements would outweigh making a substantial award to the wife, even if the children were primarily living with the husband and only intermittently staying with her’.

If Australian Courts follow this decision (and they probably will), then the value and effectiveness of Binding Financial Agreements will be called into question by some people.

However it should be borne in mind that Australian Courts have traditionally been prepared to interfere with contracts, trusts and even Wills where the personal circumstances of the parties require it in the interests of justice.

Thanks to STEP for this information. http://www.step.org/pre-nup-overruled-needs-basis?

Genders & Partners is the oldest law firm in South Australia.  We can assist you with any changes or reviews that you need to your Will, contracts, Binding Financial Agreements, trusts and estate plan. We offer FREE telephone consultations for these services, so call us today on (08) 8212 7233 to get started.