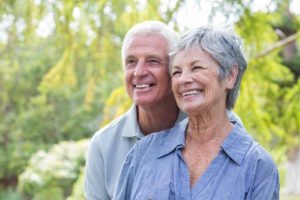 The newsfeeds are full of horrific stories about residents in nursing homes being mistreated, ignored, threatened, assaulted and abused.

Another Royal Commission is taking evidence around Australia. Between 6 per cent and 20% of elderly Australians are abused by someone they trust according to recent research.

That won’t happen in my family

Are you sure about that? Even wealthy celebrities are not immune against elder financial abuse.

Recently legendary actor Mickey Rooney became the poster child for elder abuse when he publically testified about his personal experience as a victim of abuse. Rooney claimed his son not only stole more than $400,000 from him, but also withheld food and water as a form of control. Rooney stated that he feared for his safety and was worried that his son might retaliate in a physically abusive way, or try to kidnap the actor.

Surprisingly, Rooney’s testimony is not rare, as celebrities and non-celebrities alike are becoming part of the ever growing-and ever vulnerable-aging population.

Heiress to the L’Oreal fortune, Liliane Bettencourt, the second wealthiest woman in France, was embroiled in a three-year court battle after it was alleged that Bettencourt’s photographer coerced Bettencourt into not only gifting $1.4 billion in art and life insurance policies to him, but also manipulated her to rewrite her Will leaving him as sole heir.

Party girl Anna Nicole Smith gained notoriety when she married 90-year-old Texas billionaire J. Howard Marshall. Marshall passed away within a year of their marriage, but Smith received more than $8 million dollars in gifts from Marshall during their relationship. She was often referred to as a gold digger and accusations of financial exploitation ensued.

The ex-manager of Stan Lee, (the creator of Spiderman, Iron Man, and other comic book heroes) was charged with false imprisonment of an elder adult, theft, embezzlement, and forgery or fraud against an elder adult.

Well-meaning and dedicated family members often feel the stress of the physically and emotionally demanding responsibilities of caregiving. They need some respite, to live their own lives and care for the younger members of their family. So nursing homes are necessary.

If your senior family member is in a nursing facility, stay involved by monitoring their day to day care. Drop by unannounced at various times on different days of the week, to include meal time and bedtime. Look for signs of elder abuse or neglect. The most common signs are changes in appearance or mood.

Remind your elderly loved one to be cautious, when making any major financial or legal decisions. What if he or she may have made a “mistake”? You should be sensitive and reassuring. Contact a senior lawyer who specialises in Elder Law without delay, if you suspect foul play of any kind. However, time is almost always of the essence.

But did you know that many of those who abuse or neglect the elderly are family caregivers? This includes adult children of vulnerable elders.

Elder abuse occurs to 1 in 10 adults over 60, according to the National Council on Aging, and 60% of elder abuse is perpetrated by family members. About two-thirds of those perpetrators are adult children or spouses. One of the most common forms of elder abuse is financial elder abuse, which is the misuse or withholding of an older adult’s resources by another.

Don’t let your parent be isolated. Seniors who are mostly alone can become vulnerable to predators and gold-diggers, such as an overly helpful “gateway” caregiver. That’s a person claiming to be looking out for the person, but instead they may get a power of attorney and transfer that person’s property and financial assets into his or her own name. Help fight this, by having your parent spend time with friends and family.

Help your parent obtain proper legal documents for their financial assets. This can help to guard against the senior’s assets falling into the wrong hands. Ask us about preparing a modern integrated estate plan – and encourage your elders to keep it updated. For example, an enduring power of attorney allows a trusted agent to manage your parent’s finances, if he or she can’t do so for themselves.

Be more in touch with siblings than ever before. Elderly people need their children, nieces, nephews and any family member who is involved in their lives to be their eyes and ears in watching for elder abuse. The more connected a senior is with family and friends, the more people who can protect them. The family members also need to be willing to report any instances of suspected elder abuse to the correct authorities.

These are just a few ways you can help protect your elderly parents from abuse and neglect. Remember, when all is said and done, the possibility of your parents experiencing abuse is still relatively small, however it is common enough that it is very important to keep a vigilant eye out for warning signs and to take simple steps to walk alongside your parents and make sure everything looks the way it should.

While elder abuse of Royal Commission magnitude is relatively rare, geriatric experts say instances of some kind of abuse and neglect, whether psychological, physical, sexual or financial, are a major concern among aging populations.

More often than not, elder abuse has to do with unintentional neglect from family members who are ignorant of the proper ways to care for an aging individual.

Make the time to look-in on your elder – they did it for you, now it’s their turn.

For more information on Elder Law and creating a modern integrated estate plan to guard against elder abuse, or other estate planning topics, contact the oldest law firm in South Australia – Genders and Partners (established 1848) to explore our articles and visit our website today to schedule your free consultation!