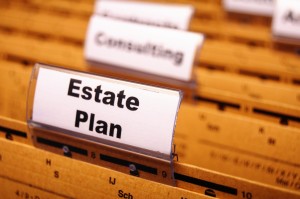 When I was at school, they taught both slide-rules and calculators, because we were the “transitional” generation. I grew up with pints & litres, pounds & kilos, inches & metres, and only some of the new measurements stuck in my brain. So now, when they describe some villain on TV as 180 centimetres tall, I never know if he’s a giant or a midget.

I can empathise with Grandpa Simpson, when he said: “I used to be with ‘it’. But then they changed what ‘it’ was. Now what I’m with isn’t ‘it’, and what’s ‘it’ seems weird & scary to me.”

We’ve been led down the path of expecting old traditions to continue in so many ways, but then suddenly we’re expected to adapt to “new realities” partway along the journey.

So it is with estate planning.

We cannot afford to assume that the old ways of doing things will still work in this brave new world.

Take codicils for example. Decades ago, when wealthy people made their Wills, these were enormously long & complicated documents, handwritten in neat copperplate calligraphy by a law clerk under the supervision of a solicitor. The entire document (sometimes hundreds of pages in length) would list and describe every individual asset with great precision, and the whole document would be one long sentence, as punctuation like commas was to be avoided at all costs.

With such an awkward and expensive process, it is not surprising that no-one wanted to make more than one Will in their life. Instead, if they needed to make a change, an additional document called a codicil would be created, which would vary the terms of the original Will, and both documents had to be read together, as one would not make sense without the other.

Now, with modern Will-drafting techniques and computer word-processing, it is cheaper and safer to make a new Will rather than a codicil, so codicils have gone the way of the Dodo.

This is just one of the many ways that old ideas & practices in estate planning have changed.

In the very near future a staggering amount of wealth will change hands as Baby Boomers inherit from their parents. Make sure your assumptions do not create problems for you & your family later on.

Rod Genders is a senior Australian lawyer specialising in accident compensation and estate planning in Adelaide. His boutique specialist law firm is one of the oldest and most respected in Australia – visit it at www.genders.com.au . Rod is also a prolific author and speaker.  Some of his articles and books on Wills, Probate, Trusts, Estate Planning, Asset Protection and Retirement Planning may be found at www.genders.com.au/adelaide-lawyer-blog.